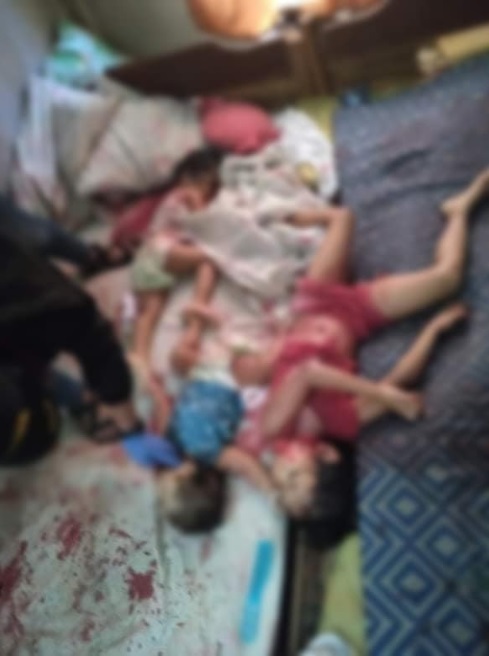 The woman stabbed her own children to death

A woman from Philippines has been arrested for stabbing her three kids to death, then stabbed herself while trying to commit suicide.

The act is known as filicide.

The 28-year-old mother from Basud in Camarines Norte, Philippines, stabbed her children, ages 5, 1 year/8 months old, and 4 months old, to death at their home.

The mother also tried to commit suicide but survived it.

According to the Police, “the mother admitted to the crime thinking she was infected with the deadly Covid-19.”

Basud Police are suspecting the woman is suffering from Postpartum Depression.

She is very stupid for doing such

Why she go do dat kind of a tin

So sad what a world

mother also tried to commit suicide but survived it

Day is good can good

She Must Have Mental Problems
(Quote) (Likes)
Apakhi Elijah

That woman is a murderer and a fillicide

Was she possessed or what!!!?

Joe Biden Will Stay In The White House, See The Simple House The Vice President Will Live In. Read More