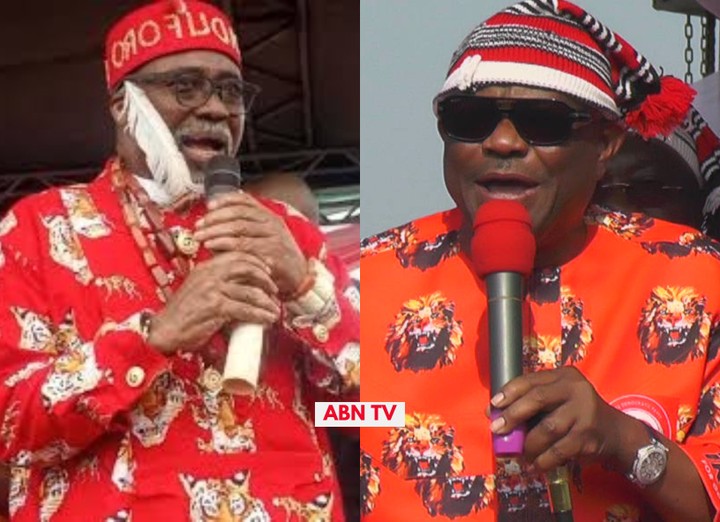 He urged people of Abia not to vote for the candidate.

Even though he didn't mention the person's name, many people have alleged he could be referring to Senator Enyinnaya Abaribe who dumped the party for APGA in May.

Abaribe is contesting to be governor of the state.

Wike in a video circulating on social media said Abairbe is not a man of integrity.

According to Wike, the Senator came to him, threatening to leave PDP, and when asked what he wanted, he said he needs funds.

Speaking at the flag-off of the Abia governorship campaign and other elective positions in Umuahia on Thursday, Wike who came along with members of his G-5, popularly known as Integrity Governors urged the people of Abia South not to vote for the Senator again, saying a person who lacks integrity cannot represent a people.

"And I said, what do we do, he said he needs some money, we gave him the money today, three days time, he left the PDP. Do they have integrity?"

Why do he do that

As if the money will not still finish self

This people don't have conscience