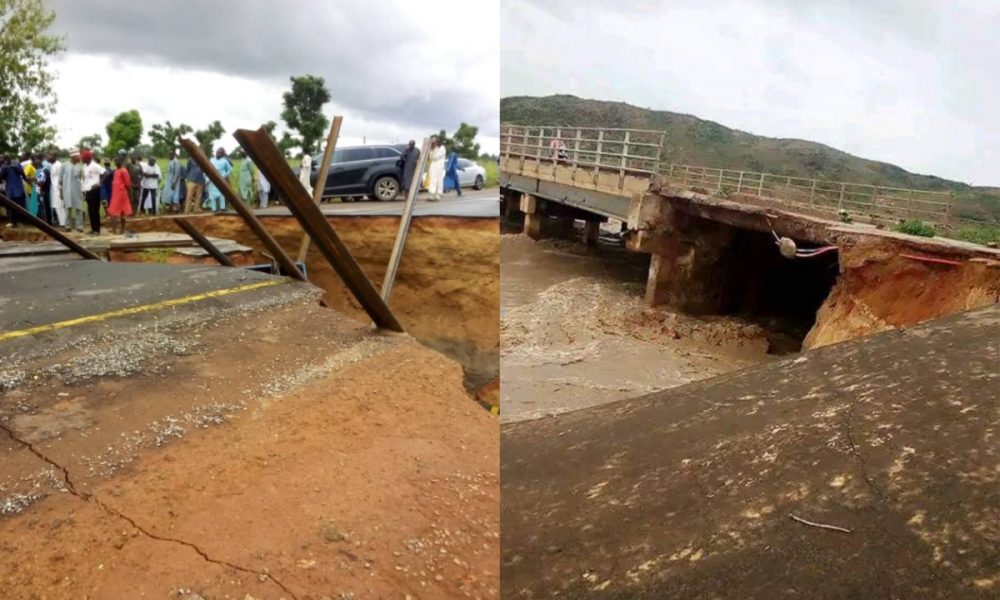 The collapse of bridges in Jigawa State has caused serious chaos in parts of the state.

Hundreds of communities in Jigawa State have been cut off as a result of collapsed bridges and culverts in the State.

He said the agency, through the State Ministry of works, was working on the provision of an alternative to the road users in all the affected areas.

“We have been working day and night to reclaim some roads/bridges and reconnect the affected communities.

Yusif explained that the major challenge the agency was facing was how to access the damaged site and deploy equipment, as flood continues to wreak havoc in the affected areas.

“Some of the roads were already reclaimed through temporary measures, some were renovated, while work is going on in some places to provide alternative or temporary measures before the water subsides for the main work,” he stated.

Yusif then called on the people of the State to continue cooperating with the State government as the authority was doing its best to minimize the difficulties they were facing as a result of the flood and road collapse across the State.

DAILY POST reports that about sixty people have died, scores injured, and hundreds of people displaced by flood in the State.