Over 20 Passengers Reportedly Burnt To Death In Ibarapa (Photos) 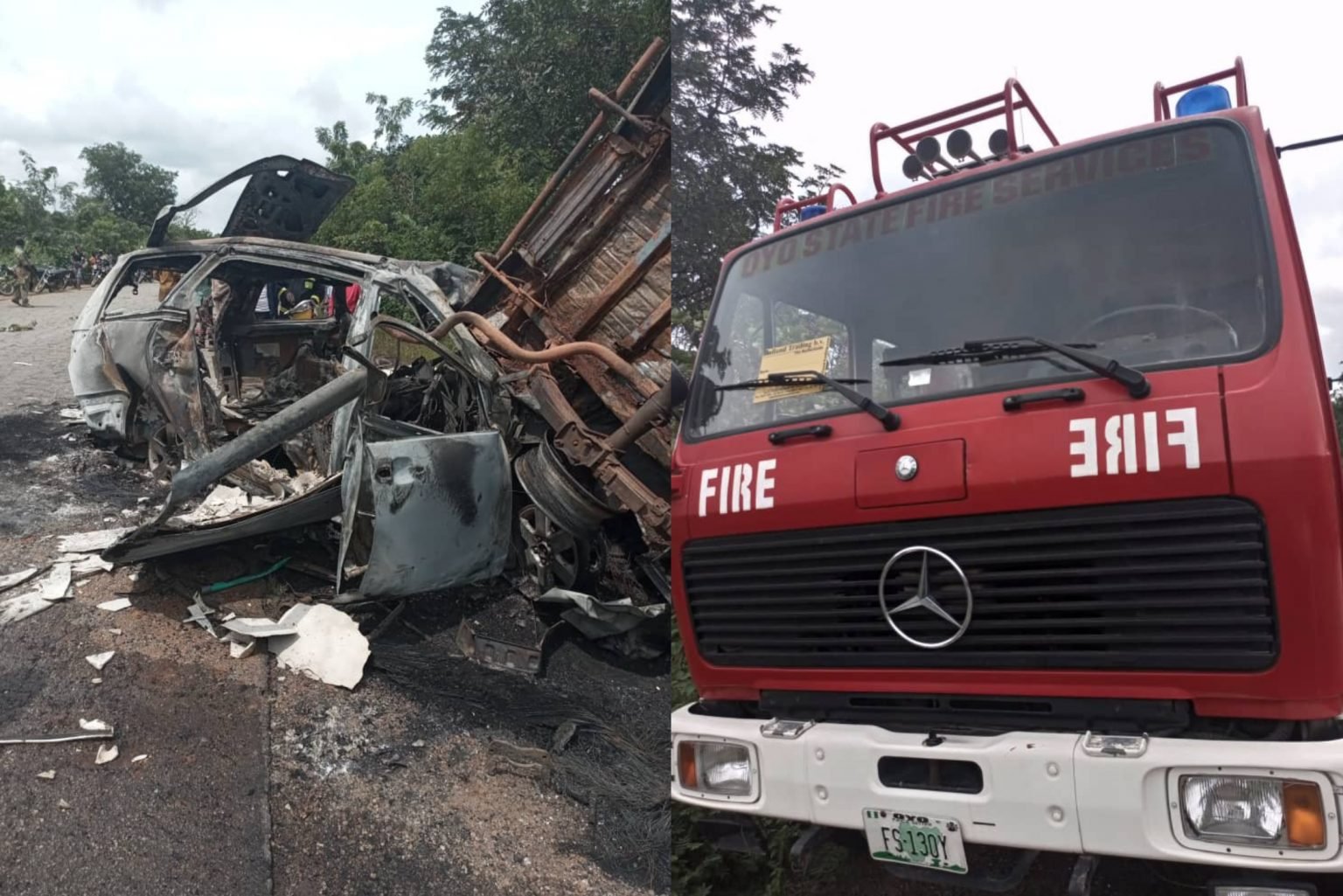 As many as 20 passengers have been gruesomely killed in a horrific crash.

They were reportedly roasted alive on Friday as a result of a fatal accident in Ibarapa geo-political zone in Oyo state.

Sources told DAILY POST that the accident involved two vehicles, a commercial bus and a Sienna.

The two vehicles which were said to be traveling in different directions collided and caught fire immediately.

A source said that only two passengers survived the accident while others and the vehicles were razed beyond recognition.

Obalowo, who led a rescue team to the scene of the accident described it as pathetic and unfortunate. 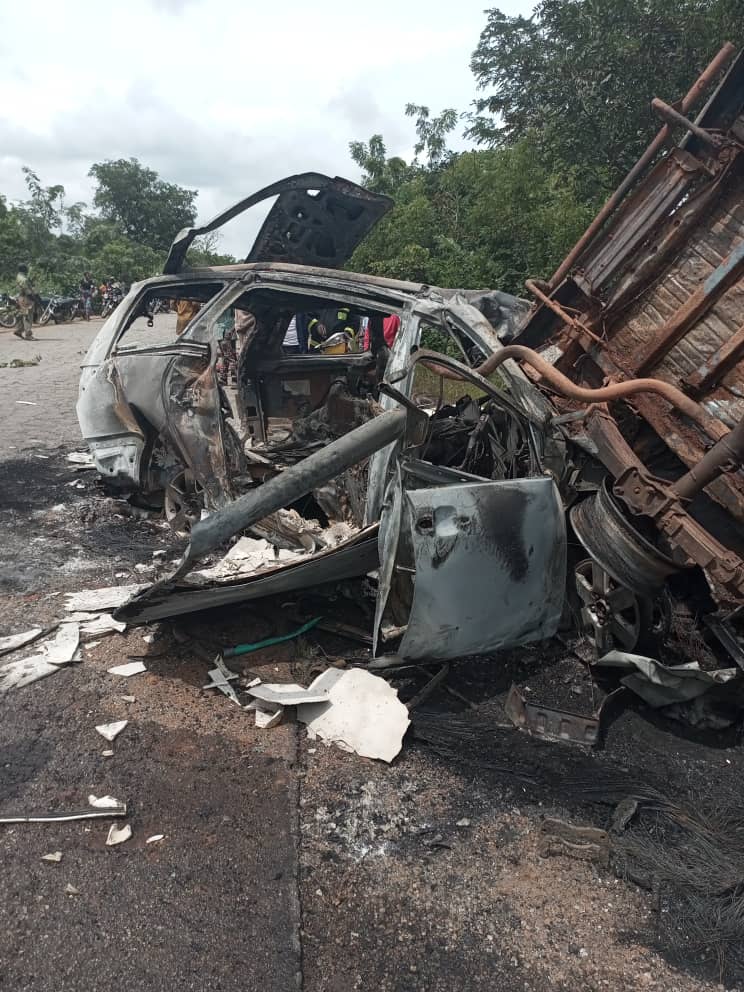 He used the opportunity to sympathise with the families of those who died in the incident.

Obalowo, while speaking further added that the two survivors are currently receiving medical attention at Awojobi Hospital in Eruwa.

He said that the corpses of those burnt have been deposited at a morgue.

He appealed to motorists, particularly commercial drivers to be more careful while on the wheel.

Obalowo said, “It was a fatal accident hence it was a gory sight. We counted over twenty human bodies burnt completely.

“I learnt they had a head on collision and the two vehicles, a commercial bus and a Sienna which was also conveying passengers caught fire and got burnt beyond repair.

“Our drivers need to avoid over speeding. They should consider other road users and avoid reckless driving.”