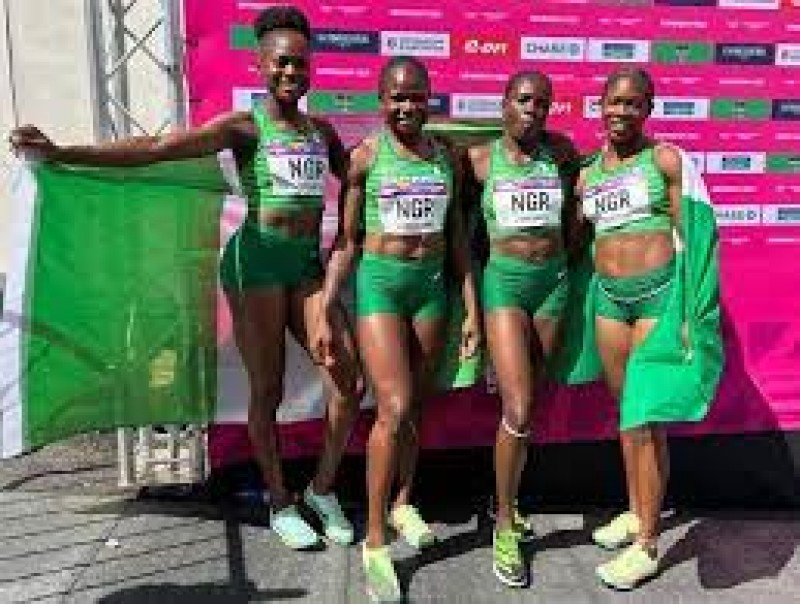 On course to winning the country’s 12th gold medal of the event, Brume achieved it in style, breaking the Commonwealth Games record in the women’s long jump twice, on the way to her golden performance.

Her effort ensured Team Nigeria had 12 gold, nine silver and 14 bronze medals, erasing their previous best performance at the Games in 1994 in Victoria when the country won 11 gold 13 silver and 13 bronze in Victoria, Canada.

Brume put herself in commanding position for the gold medal after her fourth attempt gave her a new Games record of 6.99m.

The 26-year-old then broke the Games record a few minutes later with her last attempt, after a leap of 7.00m to put her way ahead of the trailing crowd, to clinch Nigeria’s last gold of Day 10.

The Nigerian shrugged off competition from Australia’s Brooke Buschkuehl and Deborah Acquah (Ghana), who both finished in second and third positions with leaps of 6.95m and 6.94m respectively.

After amassing an impressive 14 medals on Saturday, taking their medal haul to nine gold, eight silver and 13 bronze medals, for a total of 30 medals on Day 9, the athletes then stepped up their performance for the historic outing at the Games.

Prior to Sunday’s outings, the team medal haul placed them in joint-third with the squad that amassed the same number of medals – 11 gold, eight silver and 14 bronze – at the 2010 edition in Delhi.

Fresh from setting a new world record and turning the new world champion at the World Athletics Champion in Oregon, hurdler Tobi Amusan set the tone on Sunday as she claimed one of the three gold medals Team Nigeria needed to win to shatter their performance of 28 years ago.

Less than two hours after claiming their 10th gold medal in Birmingham, Team Nigeria women’s relay team, led by Amusan, entered the history books after winning the country’s first-ever gold medal in the 4X100m women’s event in the competition.