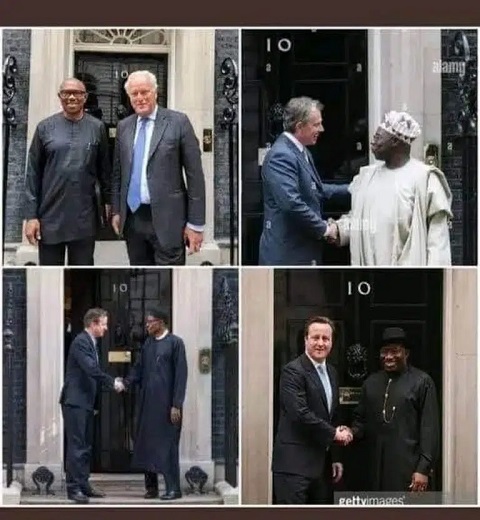 He backed up his belief with photos.

The veteran entertainer shared photos he made into a collage, revealing that  candidates invited to the British Prime Minister’s official residence have gone ahead to win the presidential election in Nigeria.

He wrote via his Twitter account on Thursday alongside the photo collage: “Is dis how Britain lets us know our next President?

“Every election year, they invite their preferred Nigerian presidential candidate to Number 10 Downing Street, the permanent home of every active Prime Minister. 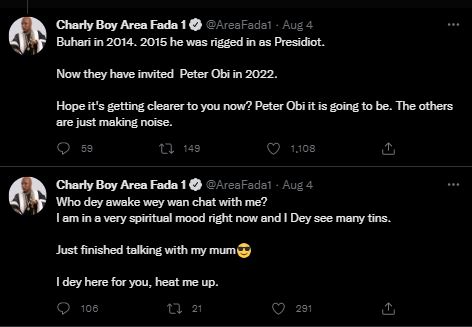 We Are Not Obidients In Enugu, We Support PDP - Arch Bishop Chukwuma Read More