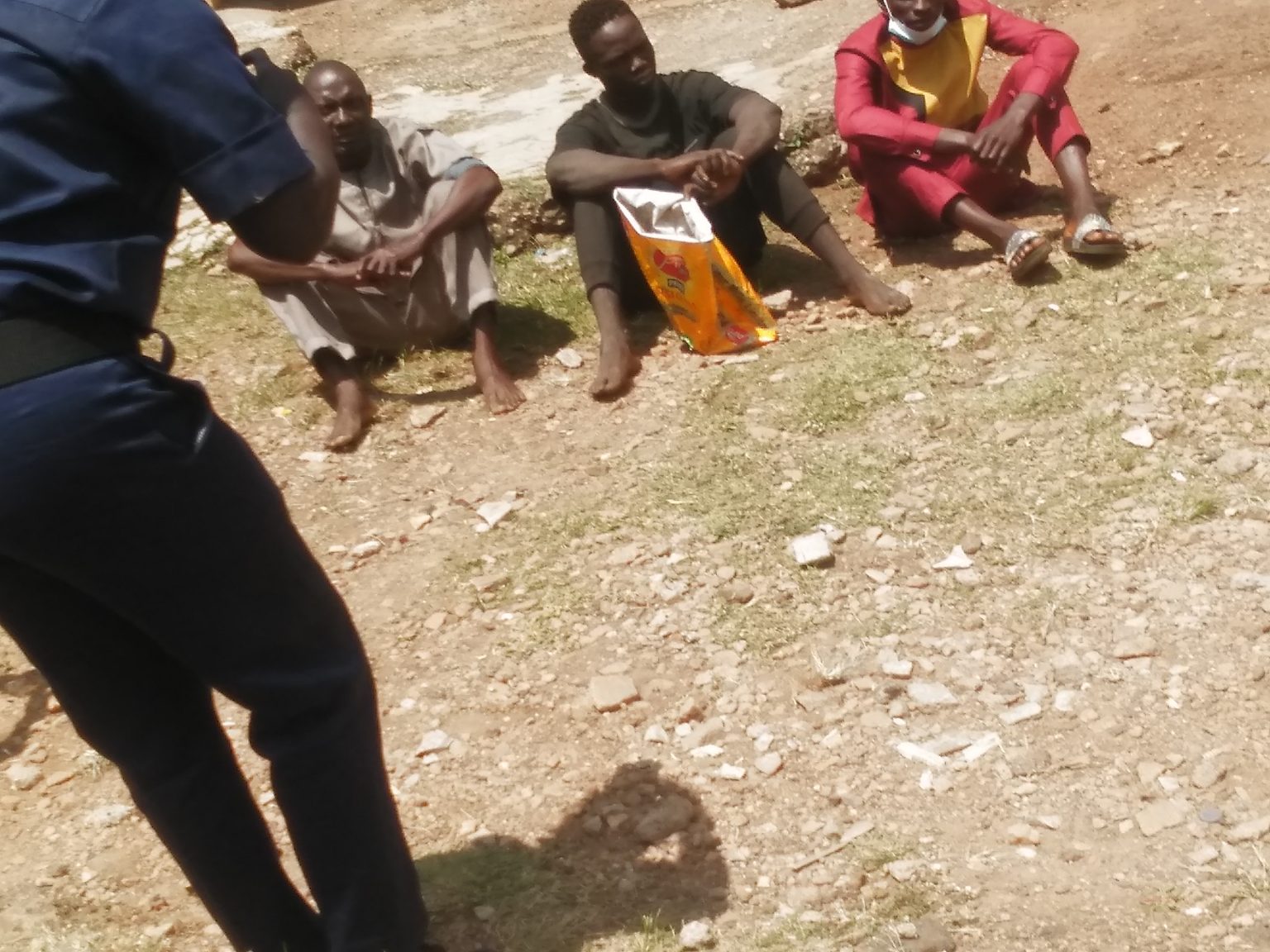 Arowolo Ayodeji, a father who defiled his own biological daughter, has been nabbed. He was arrested by the Kwara State command of the Nigeria Security and Civil Defence Corps, NSCDC.

Parading the suspect alongside two others for alleged criminal offences in Ilorin on Friday, the spokesman of the command, Ayeni Olasunkanmi, revealed that Arowolo “had been having canal knowledge of his 29-year-old daughter for the past 12 years.”

Arowolo, who hails from Ijero-Ekiti, in Ekiti State, confessed to the crime but said in an interview with newsmen “I did it just twice, it is the work of devil.”

The spokesman disclosed that Arowolo’s case was reported to the state Ministry of Social Welfare which took the matter up at the NSCDC’s command.

Two other suspects paraded were Quadir Ademola, from Ogun State; and Emmanuel Showole, (19) from Oyo State.

Quadir was alleged to have stolen 21 phones of students who wrote the last JAMB exam in July at Socrates College, Aromaradu area in Ilorin metropolis.

On his own part, Emmanuel Showole, described by the spokesman as a serial house breaker, was alleged to have broken into a house to cart away motor spare parts.

Ayeni said Showole had several times been remanded by the law courts but refused to change from the bad act.

On interrogation, they all confessed to the various crimes against them.

The spokesman said investigation had been completed and the suspects will be charged to court immediately.

Why are the northerners commiting such incest and atrocities

why are they doing such wickedness