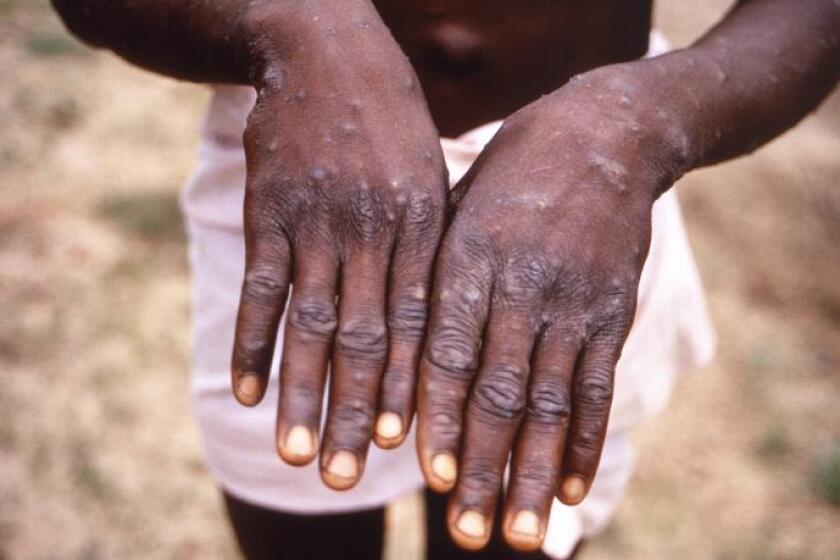 The World Health Organisation (WHO) says the monkeypox outbreak is more prevalent among men who have sex with men.

Tedros Ghebreyesus, WHO director-general, said this on Saturday at a media briefing where he declared the multi-country monkeypox outbreak a public health emergency of global concern.

“So, in short, we have an outbreak that has spread around the world rapidly, through new modes of transmission, about which we understand too little and which meets the criteria in the International Health Regulations,” Ghebreyesus said.

“Although I am declaring a public health emergency of international concern, for the moment, this is an outbreak that is concentrated among men who have sex with men, especially those with multiple sexual partners.

“That means that this is an outbreak that can be stopped with the right strategies in the right groups.

“It’s therefore essential that all countries work closely with communities of men who have sex with men, to design and deliver effective information and services, and to adopt measures that protect both the health, human rights and dignity of affected communities.”

Meanwhile, a study published on Thursday in the New England Journal of Medicine also revealed that cases of monkeypox are prevalent among men who have sex between men.

According to the study, out of 528 infections diagnosed between April 27 and June 24, 2022, at 43 sites in 16 countries, 98 percent of the persons with infection were gay or bisexual men.

“These data point clearly to the fact that infections are so far almost exclusively occurring among men who have sex with men,” said Jennifer Nuzzo, an epidemiologist at Brown University.

“And the clinical presentation of these infections suggest that sexual transmission, not just close physical contact, may be helping spread the virus among this population.”

Medical experts have advised that monkeypox vaccines should be given to gay communities first.

disgusting how can a man sleep with man is bad.