Football transfer rumours: Koundé in, Zinchenko out at Manchester City?

Today’s fluff is stocking up on ice 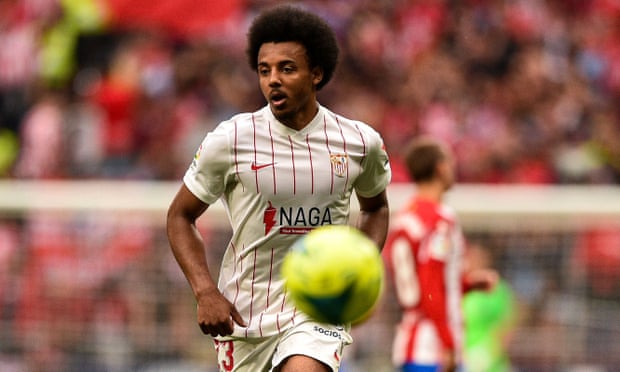 If Nathan Aké departs Manchester City for Chelsea, the Premier League champions will need to find someone who can play centre-back. One option is Sevilla defender Jules Koundé, who is also wanted by Barcelona.

Matthijs de Ligt is so eager to leave Juventus for Bayern Munich that he is even willing to take a pay cut to swap Serie A for the Bundesliga. One man in the frame to replace the Dutchman in Turin is Arsenal’s Gabriel Magalhães. Juventus have already had a word with the Gunners about the Brazilian to see how much it would cost to lure him away. The answer is around £50m. 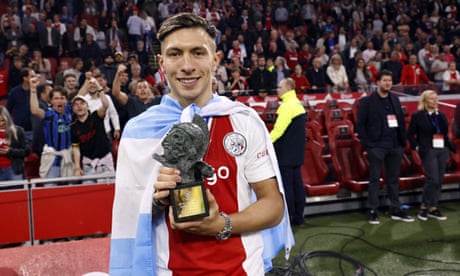 Arsenal are, supposedly, in talks with Manchester City over a deal for Oleksandr Zinchenko. The Ukrainian is often utilised as a left-back by Pep Guardiola and a move to north London could help him achieve his dream of being a Premier League midfielder.

Due to the fact teenager Carney Chukwuemeka is in the final year of his Aston Villa contract, he is attracting a lot of interest from other clubs. Barcelona are keen to snap him up this summer if a deal can be done.

Ajax are in need of a new left-back and Calvin Bassey fits the bill. So much so the Dutch champions have made a bid for the Rangers defender but could face competition from Brighton for his signature.

Leeds’ search for a new striker could finally be at an end. They are close to agreeing a £21m fee for PSG’s Arnaud Kalimuendo. All they need to do now is convince him to move to Elland Road.

And in it’s-a-hard-life-as-a-footballer news, Cesc Fàbregas is set to swap Monte Carlo for Como after agreeing a deal with the Serie B side.