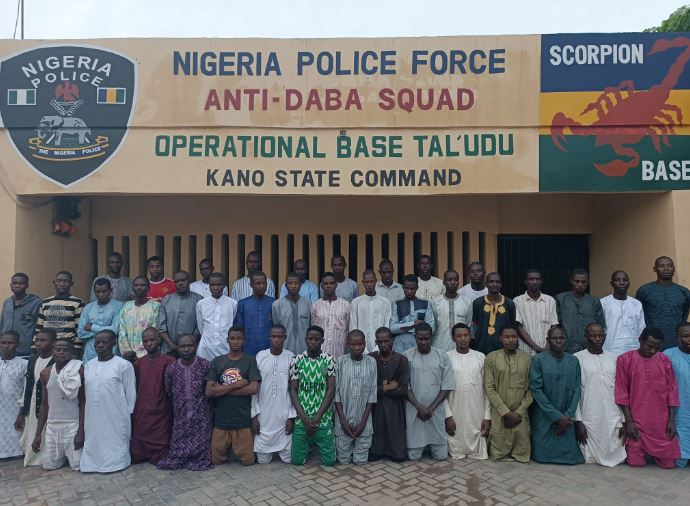 45 suspected thugs (Yan Daba) have been apprehended by operatives of the Kano State Police Command who also recovered dangerous weapons and hard drugs from them.

Spokesperson for the police, SP Abdullahi Haruna Kiyawa, who disclosed this in a statement on Monday, June 27, said the suspects were arrested following a distress call received by the command.

"On the 26/06/2022 at about 1300hrs, reports were received through the command's emergency numbers; 08032419754 and 08123821575, that groups of thugs ('Yan Daba) in large number with dangerous weapons were sighted blocking Kofar Na'isa and Kwanar Disu, Gwale LGA Kano in an attempt to attack and rob members of the public especially passersby and road users," the statement read.

"On receipt of the reports, the Commissioner of Police, Kano State Command, CP Sama'ila Shu'aibu Dikko, fsi raised and instructed teams of Operation Puff Adder led by CSP Bashir Musa Gwadabe to proceed to the scene. The area was immediately cordoned off and the thugs trapped at "Filin Mahaha"

"Forty-five (45) suspected thugs ('Yan Daba) were arrested with dangerous weapons and large quantity of illicit drugs. Suspects confessed that, they were invited from different parts of Kano Metropolis in name of attending a wedding ceremony, and converged at "Filin Mahaha" smoking and taking different types of illicit drugs."

Meanwhile, the CP has directed for discreet investigation after which the suspects will be charged to court for prosecution.

The police boss commended the effort of Puff Adder Teams for rapid response to distress call that led to the arrest of the suspects. 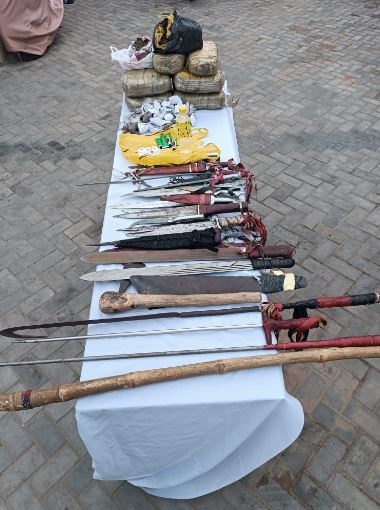 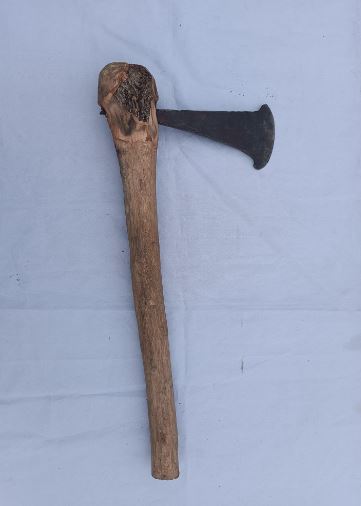 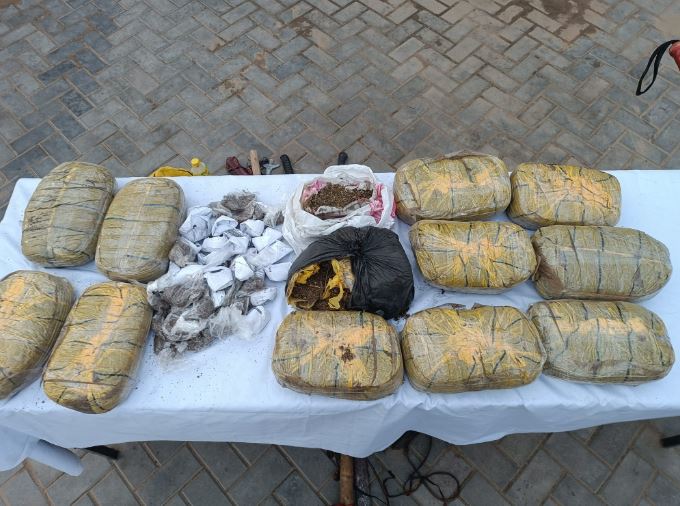 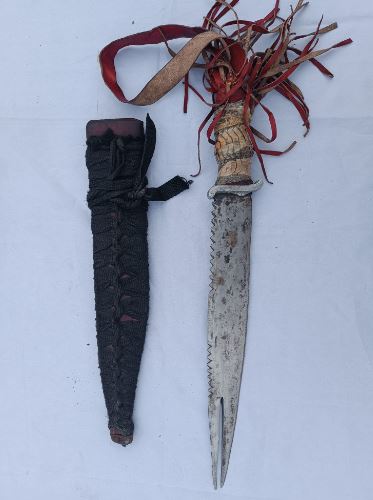 Very good I which Police can arrest all this evil people