Some Women Doing Bum Surgery Are Those Who Always Talked Down On Other Women For Going Under The Knife - Nigerian Model, Faith Morey 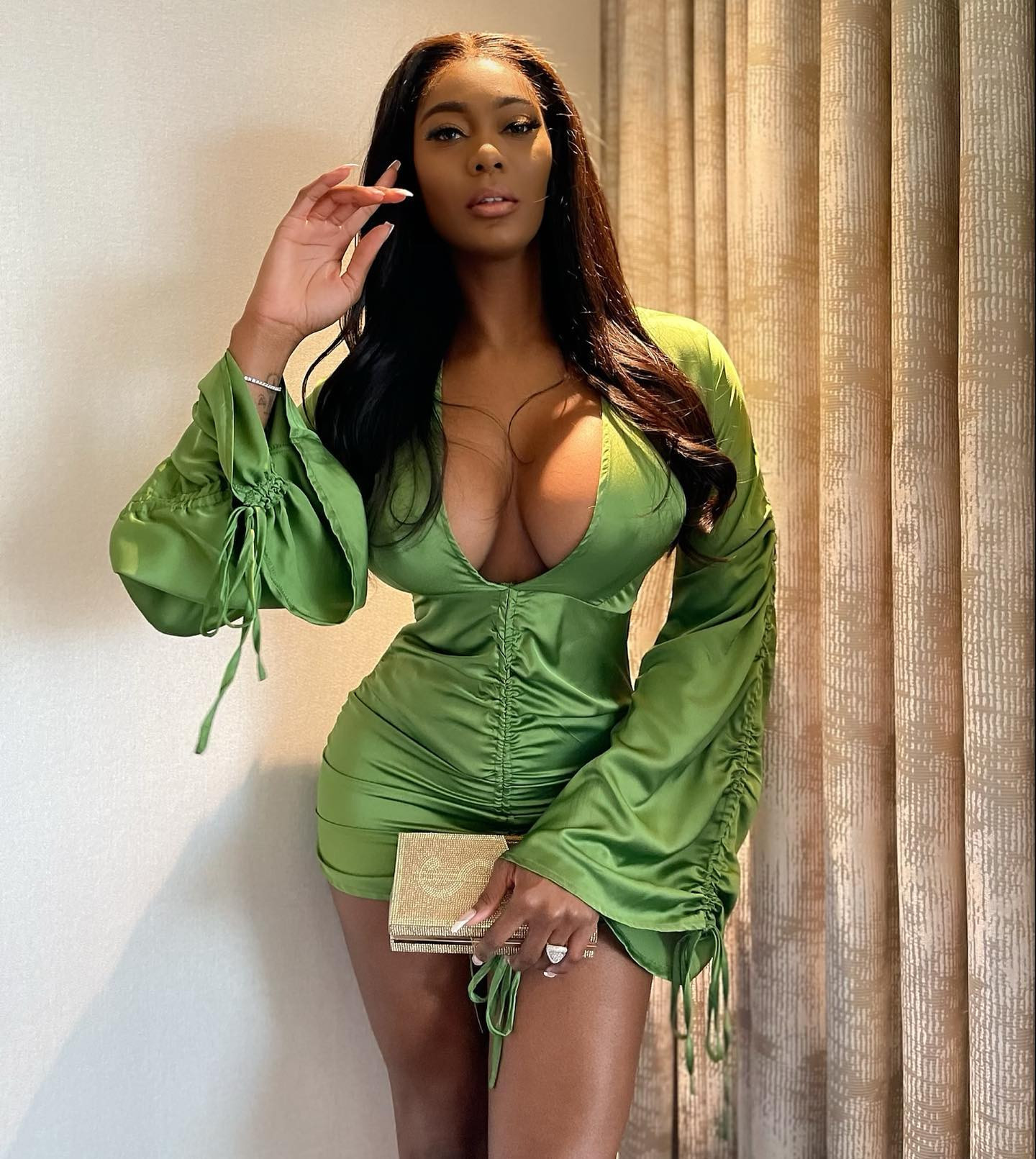 Nigerian actress and supermodel, Faith Morey has spoken about women undergoing Brazilian Butt Lift (BBL) surgery. According to her, most of the women doing butt surgery are same ones who talked down on other women for going under the knife.

The mother of one who stated this on her Instagram story on Monday, June 27.

She added that most women talk down on the hourglass-enhancing surgery because they can't afford it.

"More women are embracing BBL, and it's exciting to see that some of them were those who always talked down on other women for going under the knife," she wrote.

"I 've always known that most women talk down on BBL because they can't afford it. Anyways, before you criticise anything, make sure you have the money and have probably tried it. " she added. 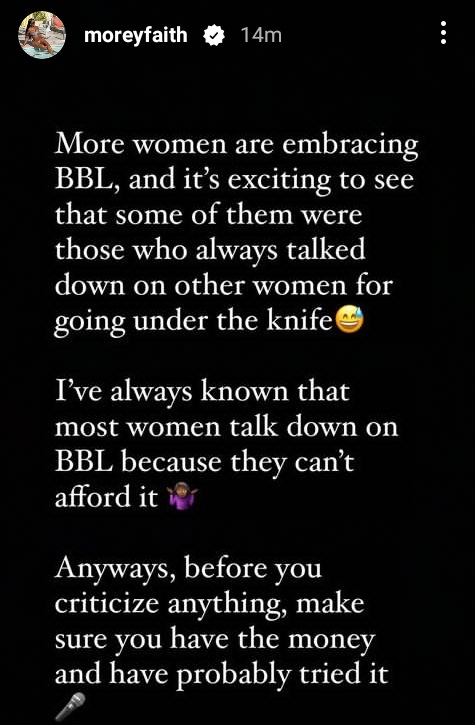 Kizz Daniel Has Apologized For Failing To Perform At A Show In Tanzania On Sunday. Read More