Go To Court, Not Strike - Drama As OAUTH Nurses Challenge Doctors Over Harassment 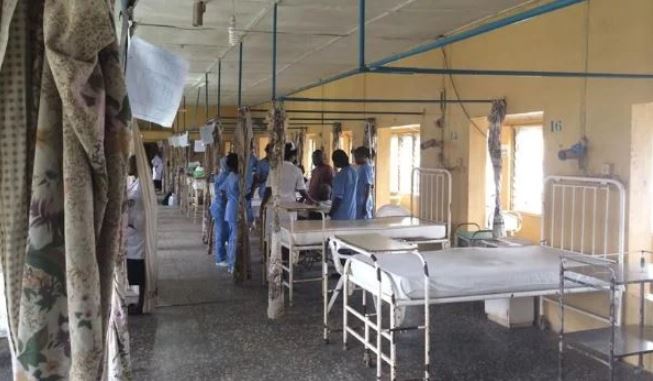 According to a report by The PUNCH, the National Association of Nigeria Nurses and Midwives, Obafemi Awolowo Teaching Hospital, Ile-Ife branch, on Wednesday, challenged the Association of Resident Doctors in the hospital to approach the court of law for redress, instead of embarking on industrial action over the alleged harassment of their member by a nurse.

Doctors in the hospital had announced a two-day warning strike to protest the alleged harassment of one of them, by a senior nurse at the Female Adult Orthopedic Ward of the hospital, because the doctor refused to discard a waste generated after a medical procedure.

But stating its side of the matter, NANNM, in a statement obtained in Osogbo on Wednesday, signed by the chairman and secretary of the association, Comrade O. Ajayi and O. Oyeniyi, respectively, absolved the nurse on duty on the day of the incident.

The nurses maintained that there was nothing wrong in asking that the waste generated be discarded by one of the doctors that generated it.

The Association also said its lawyer had written to the OAUTHC management to protect the personal and professional rights of the nurse and all nurses at large in the hospital.

The statement further read in parts, “If the resident doctors are confident enough that their member is harassed illegally, why not honourably seek legal redress and unbiased judgment from the court of law, instead of threatening to further put innocent lives at risk. Will the loss of lives of Nigerians be a legitimate remedy for enforcing global best practices of waste management?

“As a legally compliant association, the Lawyer of NANNM has written to the OAUTHC management to protect the personal and professional rights of the nurse and all nurses at large in the OAUTHC and the world, at large.

“The principle of duty of care dictates that “whoever generates waste must segregate and dispose it.” The refusal of the nurse to put the life of other healthcare workers and environmental staff at risk that the waste generated by the resident doctors must be appropriately segregated and discarded cannot be refuted, hence the need to call for action by the nurse.”

It also further said that nurses in the OAUTHC had agreed to continuously uphold the “duty of care” to ensure that the ward environment remained safe for the patients, relatives, and the entire staff within the hospital, adding that it would not tolerate more intimidation or professional harassment from members of the ARD in the hospital.

Hmm this matter is serious

we dont need arguments in the hospitals