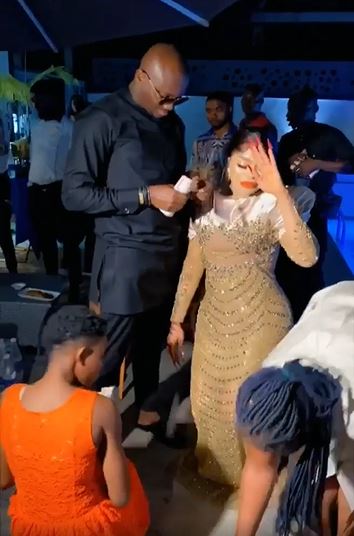 Bobrisky, a Nigerian male barbie, has stunned admirers after a pal sprayed him with a large sum of money.

It all transpired during his new N400 million mansion's housewarming.

In the video, the crossdresser can be seen dancing while a man with large sums of money sprays him with cash.

This comes after he was shown in another video flaunting the large number of money he received as a result of his housewarming celebration.

Hmm rubbish,what do they think they are doing