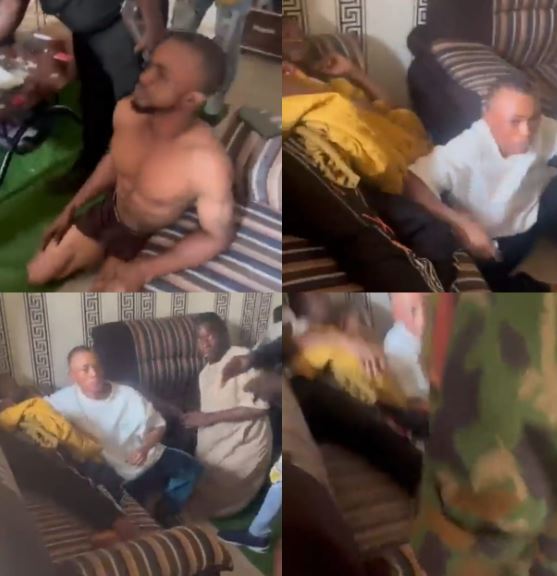 Fatai, the guy who planned with his pals to brutalize his girlfriend, Aduke, over suspicions that she was disloyal, has been arrested, according to the Kwara state police command.

Fatai had invited Aduke to his residence, where he flogged her while his companions held her wrists and legs.

He even opened her pants and flogged her bare b*tt at one point. Nigerians have been outraged by the footage, with many calling for Fatai and his associates to be prosecuted.

SP Ajayi Okasanmi, the spokesperson for the Kwara state police command, told LIB this morning that all of the suspects have been detained and would be paraded today, June 21.

"Yes, the boys have been apprehended, and we are looking into the situation." We'll parade them today so the rest of the world can see their faces," he stated.

What nonsense they should be prosecuted ,she's not his wife

I FEEL SO BAD ABOUT IT