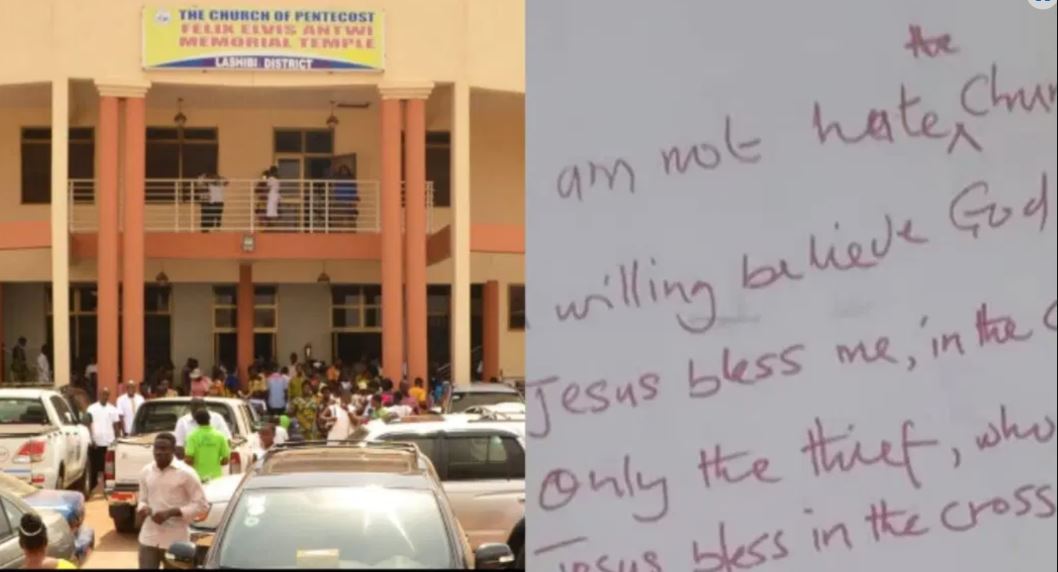 A robber who stole from the Church of Pentecost-English Assembly in Ghana's Bogoso District sent a moving note to justify his actions.

After members had left for the evening service, the robber allegedly stole two amplifiers, a hard drive, and other items.

The following day, members of the church arrived to find the auditorium had been plundered, according to local news outlets. A letter scribbled in red ink was also left by the thief.

Only Jesus, according to the thief who pleaded for God's blessings, assisted a thief on the cross. He also stated that he is not an anti-church person.

Samuel Kumi, the church's Presiding Elder, confirmed the story, saying the Bogoso Police Command has formally initiated investigations that could lead to the thief's arrest.

In order to prevent such incidents, the church has also hired a security guard.

Then why u con rob them