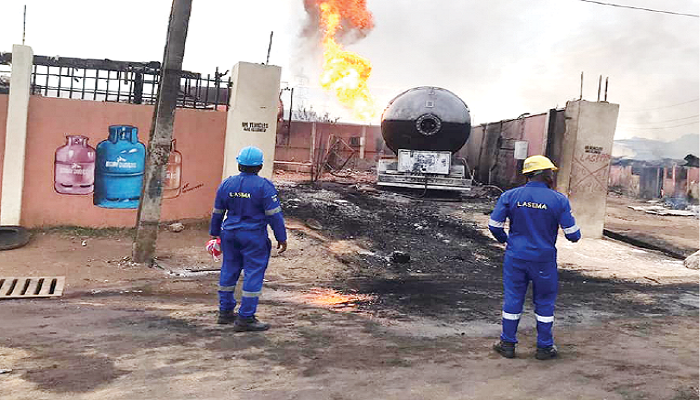 Justice Oyindamola Ogala of the Lagos State High Court, on Monday, struck out the criminal charges against the owner of Fash Oil Limited, Alhaji Waidi Fashola, popularly known as Larafash, following his death.

The cause of the sudden death of the defendant is unknown.

The Lagos State Government had dragged Fashola to court following an explosion at his gas plant, Bestroof, on Cardoso Road, Baruwa Estate, Ipaja.

During the short court sitting on Monday, the defence counsel, Ademola Adeshina, announced appearance for the defendant and informed the judge of his death through a letter to the court.

While the judge was going through the documents, she asked the counsel, “What happened to him?” Road, Baruwa, Ipaja, in the Ikeja Judicial Division, when a loaded truck in your company with negligence and unlawful permitting the discharge of LPG (gas) into a tank, led to the deaths of Aderinsoye Olamilekan, Aderinsoye Mowa, Mohammed Abubakar, Abike Oluwasanmi, Evans Udom, Adebowale Aisha, Adeleke Olusola Amos and Adeleke Oluwadarasinmi.”

hahaha every disappointment is an opportunity.Nigeria

It is and explosion

Gas plant no precautions no safety