I Want My 30’s To Be Peaceful As Heaven – BBNaija Star, Maria 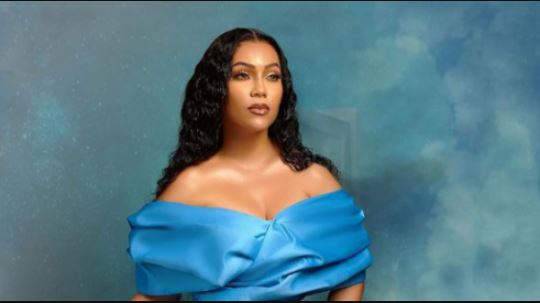 Maria Chike, a former housemate of Big Brother Naija season 6 edition, on Saturday noted that she wanted her 30’s to be as peaceful as heaven.

The reality TV star, who will clock 30 years in a few days, noted that she wanted to experience heaven on Earth in her 30’s.

She made this known on her Instagram page, where she shared new photos of herself.

In the caption titled, ‘Road to 30’, the actress noted that she wanted less sadness and more peace as she enters a new decade of her life.

Referring to her photos, where she dazzled in blue, she noted that the colour stood for “calm, trust and intelligence”, which are qualities she wanted in her 30’s.

She wrote, “I want my 30s to be as peaceful as heaven was described in the Bible.

“I want to experience heaven on earth in my 30s. Less sadness and more peace, less noise and more quiet.

“So for this look, I opted for Blue, heavenly. Blue is for calm, trust and intelligence, and these are all what I want in my 30s.”

The ex-air hostess has once revealed that at 17, she was engaged and working two jobs.

Maria had last year December tested positive for COVID-19 but recovered soon after.