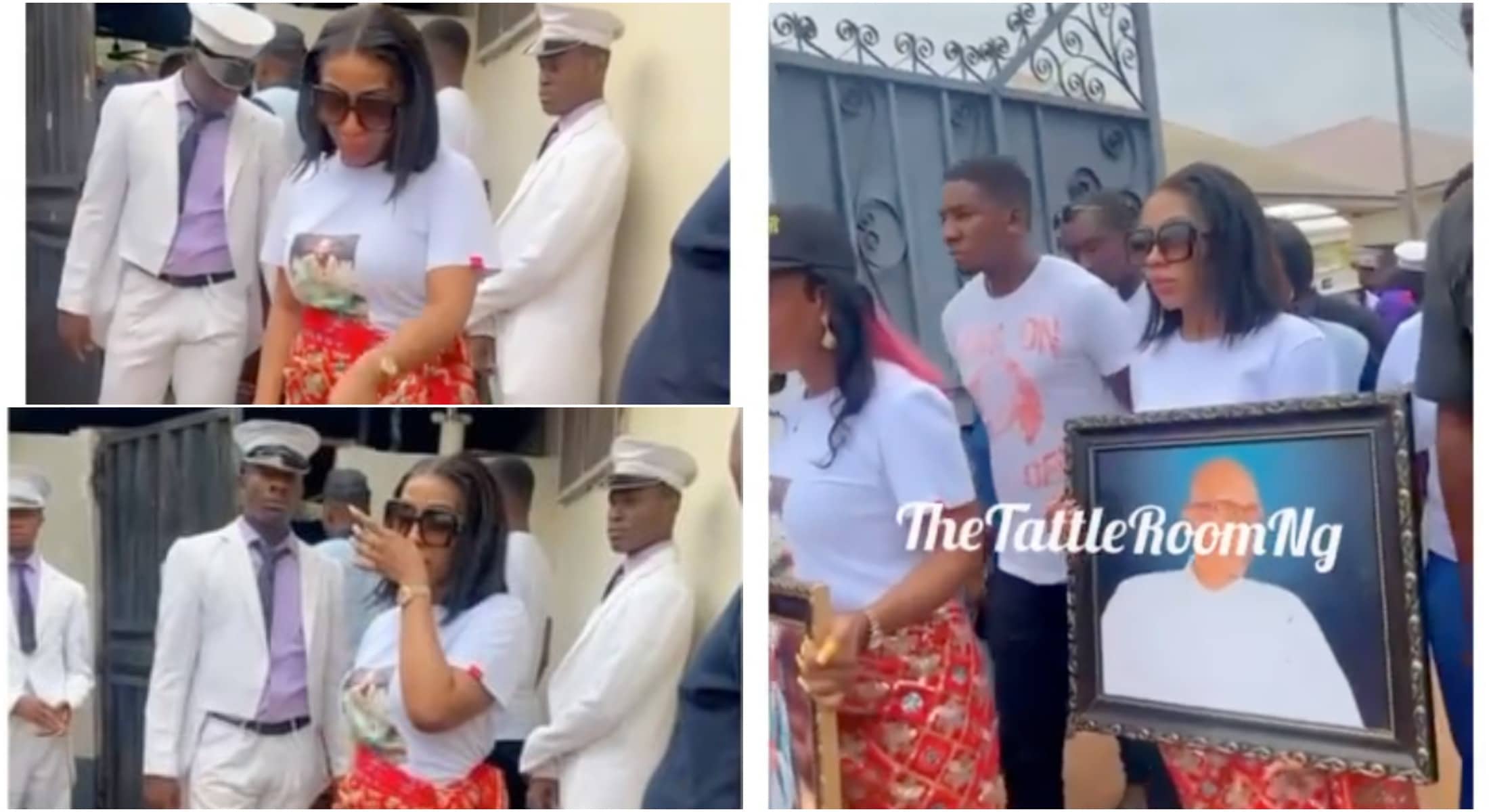 The burial of the father of Big Brother Naija reality star, Mercy Eke was star studded, as it was all sober and glitz.

On the 1st of April 2022, Mercy Eke took to social media to announce her father’s death.

Mercy Eke shared the photo of a dark image and a candle, stating she is so devastated over her father’s demise.

Mercy Eke, who seemed to be in denial of the sad incident, said she did not want to believe that such a thing was happening to her.

The reality star is presently laying her father to rest at Egbu Community, Owerri, Imo State.

Celebrities like Maria Chike Benjamin and her boyfriend Kelvin, Pretty Mike have been spotted at the event.

Mercy Eke’s fans popularly known as Mercenaries melted her heart when they presented her with 1 million naira cash and a cow.

The representatives of her fans who graced the event revealed that the gifts were only their thoughtful way of consoling the reality star.