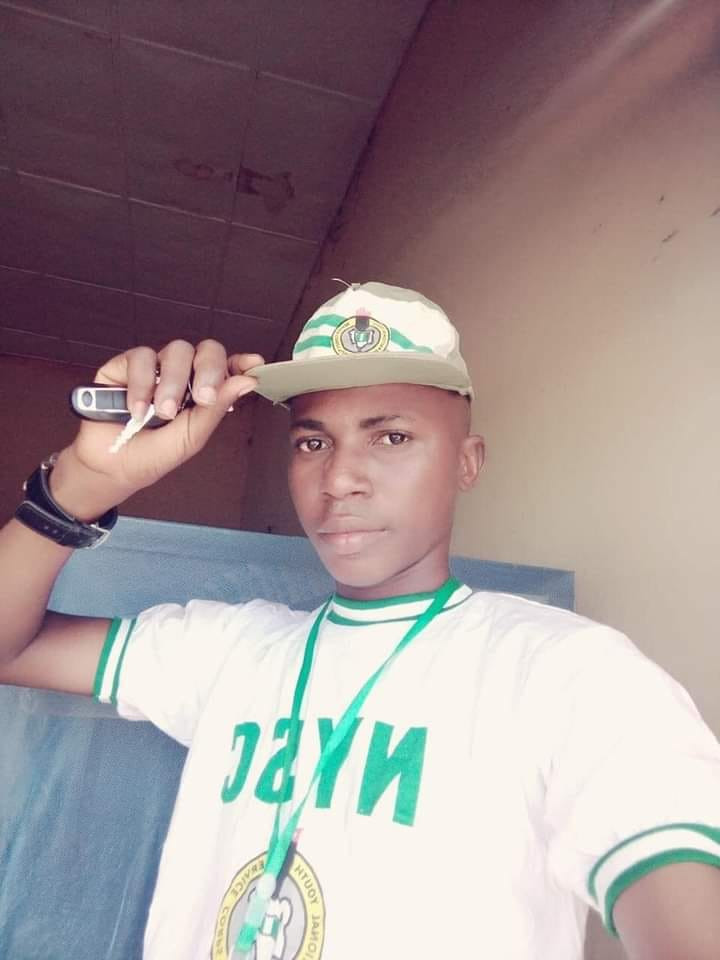 "It is with a heavy heart that we announce the demise of corps member Nelson Anaku with state code number KD/22A/2614.

"Nelson passed on while serving his fatherland. He died at 44 Army Reference Hospital while recuperating after a surgery.

"Mr Nelson was a patriotic, selfless and active corps member who exhibited the spirit of teamwork

"The NYSC management, staff and corps members mourn Mr Nelson and condole with his family.May his gentle soul Rest In Peace. Amen." 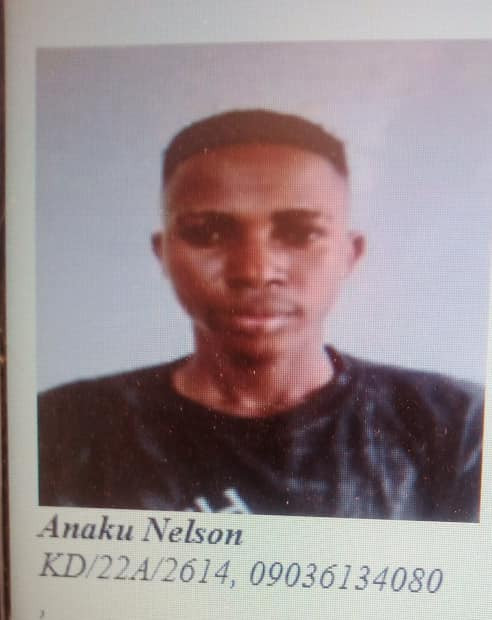 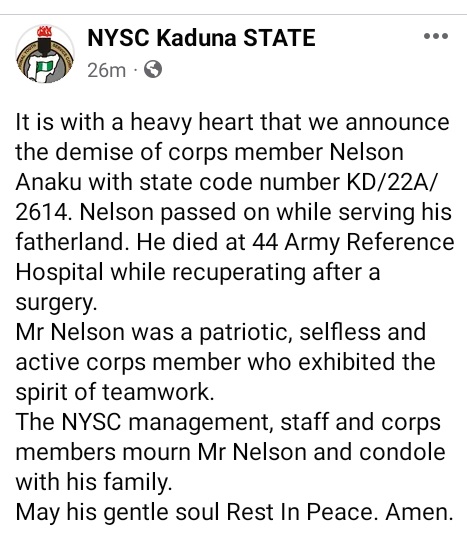 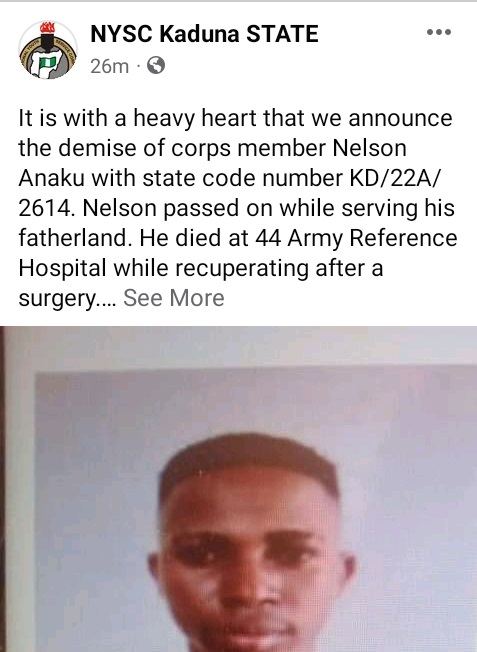