Oba Of Benin And His Beautiful Youngest Wife And Their Quadruplets 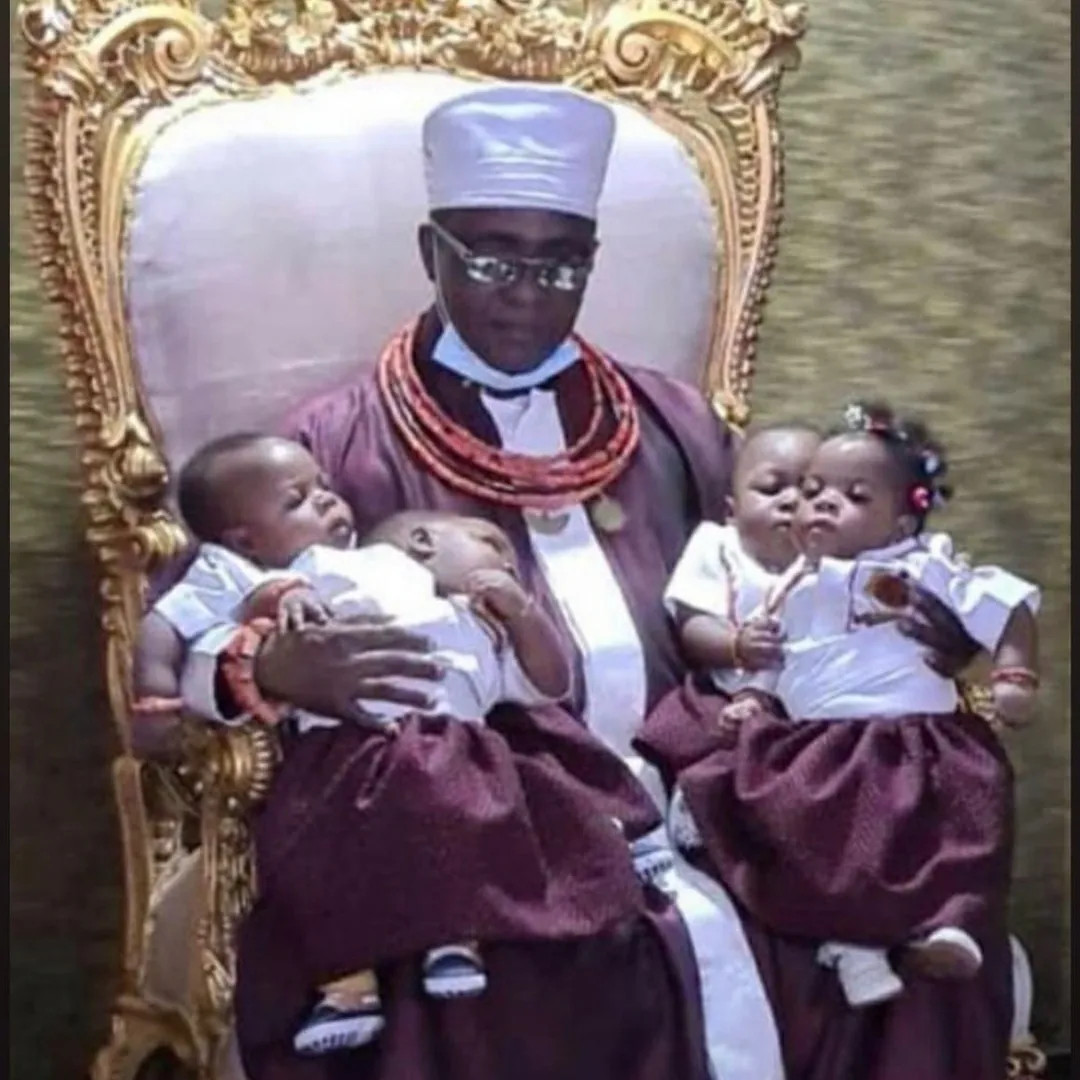 The prestigious monarch and his fifth wife welcomed a set of quadruplets, three boys and a girl, in August 2021.The Secretary of the Benin Traditional Council, Frank Irabor, had broken the news in a statement posted on the Oba of Benin’s official Facebook page.

Mr Irabor described the birth of the babies as an “unprecedented and historical event” in the Benin Royal family.“By the grace of the almighty God and the benevolence of our ancestors, the Benin Traditional Council on behalf of his royal majesty Omo N’Oba N’Edo, Uku Akpolokpolo, Oba Ewuare II, Oba of Benin and the Royal Palace of Benin kingdom, joyfully wish to announce that her royal highness, Queen Aisosa Ewuare of Benin Kingdom, has delivered a set of quadruplets (3 boys and a girl). Yes Quadruplets,” the statement read.

So lovely, congratulations to them