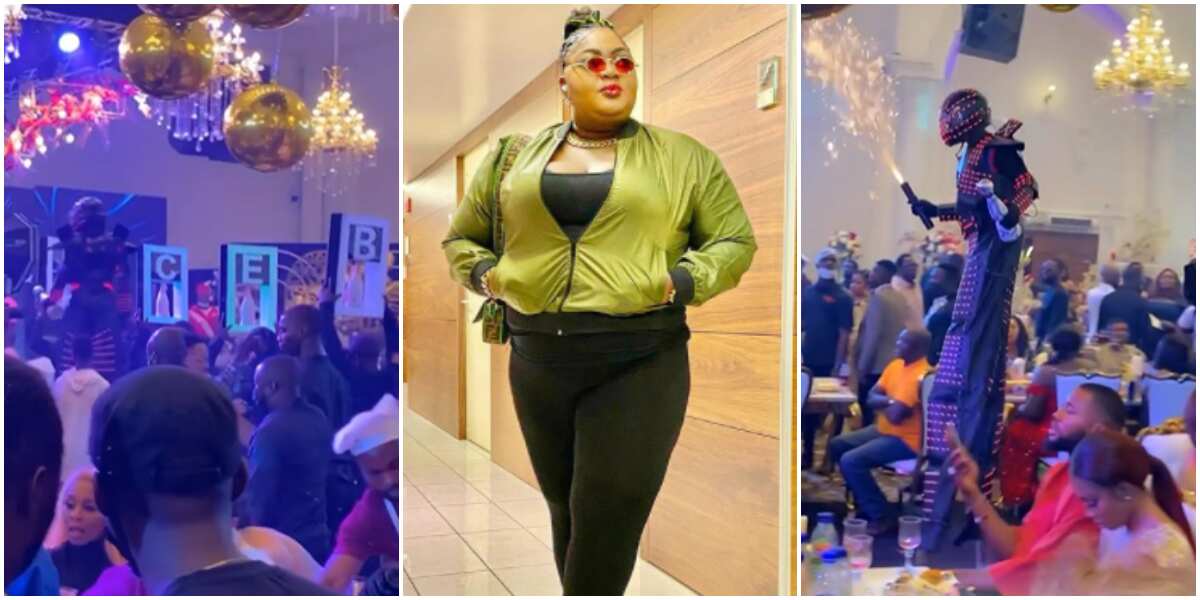 The 20 years on stage party of popular actress, Eniola Badmus, will not be forgotten in a hurry as it had the big names in the entertainment industry in attendance.

Eniola was however not the only person who made a grand entrance into the hall despite the fact that she was the celebrant.

In a video sighted on Instagram, while the event was going on, an entourage bearing expensive drinks in glamourous casings made a grand entrance into the hall.

The procession was led by a man in an elevated platform donning a costume with flashy lights on it. He also held a drink in one hand and fireworks in the other.

Six other people followed him carrying drinks in six enclosed cases raised above their heads for all to see.

All I we say is congratulate

I love her so much

A big congratulations to ha

Congratulations to the 20yrs old