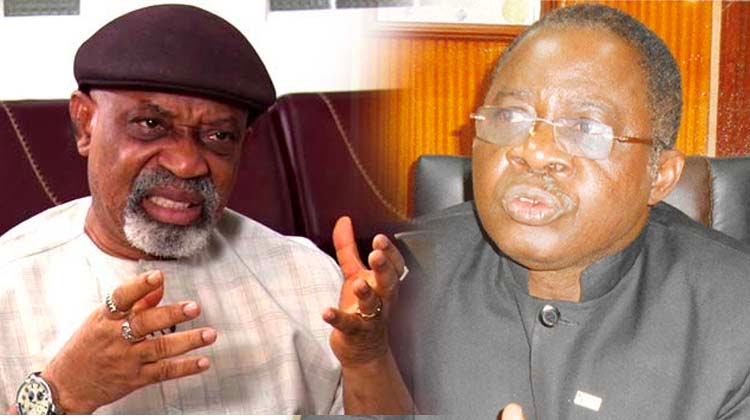 The union, in a letter dated September 10, 2021, JOHESU also knocked the Nigeria Medical Association for allegedly meddling in its affairs, adding that the best welfare conditions were enjoyed by physicians in the civil service.

The letter, titled, ‘Re: Notice of 15-Day Ultimatum and Commencement of an Indefinite Strike Action by JOHESU: Matters Arising,’ addressed to the Minister of Labour and Employment was signed by JOHESU Chairman, Comrade Bio Josiah.

The letter partly reads, “The National Secretariat of JOHESU has been inundated with a recent memo of the NMA to the office of the Minister of Labour and Employment with regards to some welfare demands for our members.

“As usual, the childish tirades of the NMA were laden with evil chicanery and antagonism in a scenario that epitomises unwholesome meddlesomeness of the idle, ignorant and very inexperienced crop of representatives who lead the NMA.

“After a careful analysis of the submissions of the NMA, we wish to submit that in a most sympathetic display of emotive theatrics, the NMA decided to stand the truth on the head by claiming that JOHESU attempted to seek pay parity at the NICN but failed in 2018. In reality, however, the representatives of NMA failed because they are too consumed in vengeance to appreciate that JOHESU was simply minding her business albeit lawfully by requesting the FG to respect the spirit of its CBA with JOHESU in 2014 which compels the FG to adjust its wages anytime government adjusts the wages of the beneficiaries of the CONMESS scale. This was sequel to understandings at the heart of the rules of engagement the FG and JOHESU had in 2009 which the 2014 CBA simply amplified.

“The NMA often suggests that the golden rule in health care in Nigeria remains that anything it does not endorse does not exist. If the NMA suddenly says it is not aware that residency training which it has tried to frustrate in the FHIs exist, then JOHESU wishes to educate them that as far back as July, 2015, the FMOH issued a Residency training circular for pharmacists undergoing post-graduate training at the West Africa Post-Graduate College of Pharmacists.

“We at JOHESU openly challenge the clueless NMA hierarchy to show the world evidence-based data that we do not have consultants in Pharmacy, Nursing, Radiography, Physiotherapy, Medical Laboratory Science and other callings from those climes where international best practices evolved from. For the umpteenth time, we say this is the norm from the UK, USA, Australia, France and even Ghana

Josiah, in the letter, added that the current events and attitude of the NMA would be a test case to see what the FG was prepared to do on JOHESU demands.

“Many of our members believe that we were short-changed in 2018 because the ministers-in-charge of health are kith and kin with the NMA dynasty as they share the same professional DNA. JOHESU leadership will give your Ministry another opportunity to clean this stinking Augean stable in the public interest,” he added.

The NMA national secretary, Dr Philip Eke, in an interview with our correspondent on Monday said the union was not ready to join issues with JOHESU.

“We don’t want to join issues with JOHESU; they are free to write whatever they want; our concern is simply on doctors’ welfare. The only thing we are aware of is that doctors are the leaders of the team in the health sector,” he said

Yes baby I don't have transport money for a living