Viral Picture On Instagram Shows Pretty Air Hostess Standing At The Top Of The Tallest Building In The World For Advert. 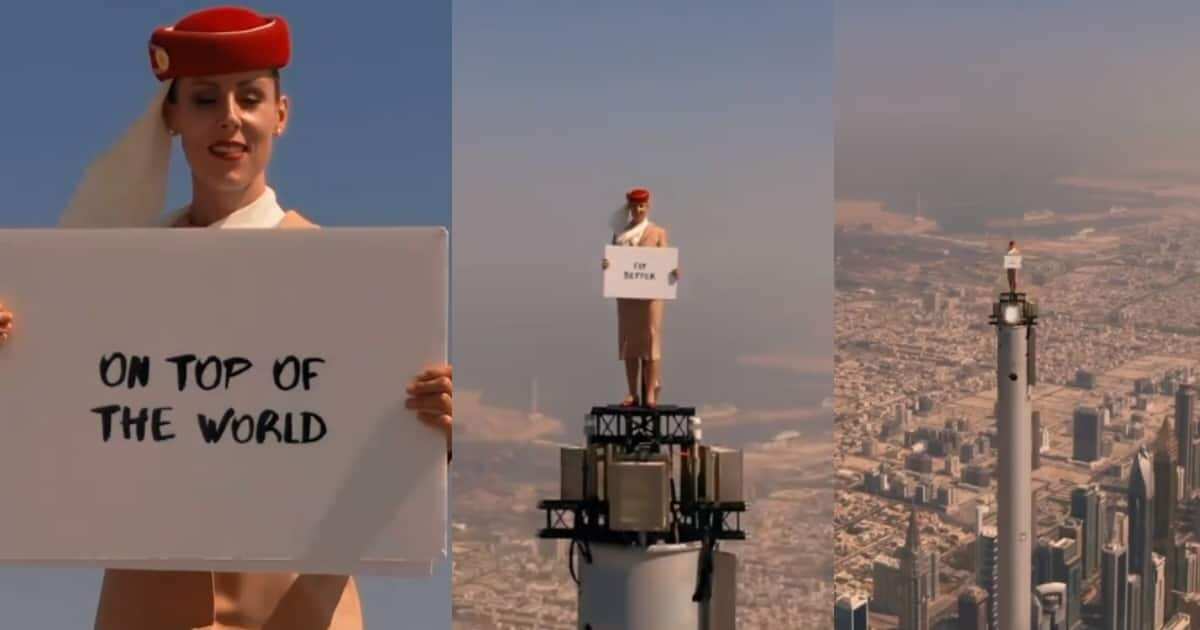 Emirates Airline went for an advert that no one would forget as they shoot a video at the highest point of the Burj Khalifa An air hostess was holding up signs which revealed a message regarding UAE getting off UK's COVID-19 red list The team tasked with the job had to undertake rigorous planning and a strict safety protocol to achieve it.

Emirates Airline has come up with one of a kind advertisement, giving one of their flight attendants a moment to be on top of the world. The airline released a video on social media showing an air hostess standing at the highest point of the latest building in the world, the Burj Khalifa.

She tried.I can't even stand there.

She is tried o

Guy V I have been trying not y