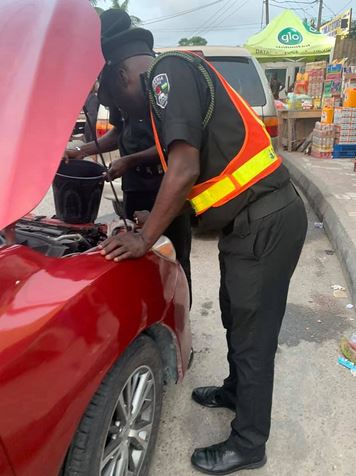 A lady has opened up on how police officers came to her aide after her car broke down in Lagos.

Describing them as good police officers, @calabarberry added that they completely helped her and also noticed that her ''fan'' was not working.

She further revealed that they took nothing from her and were ''sympathizing with her.'' 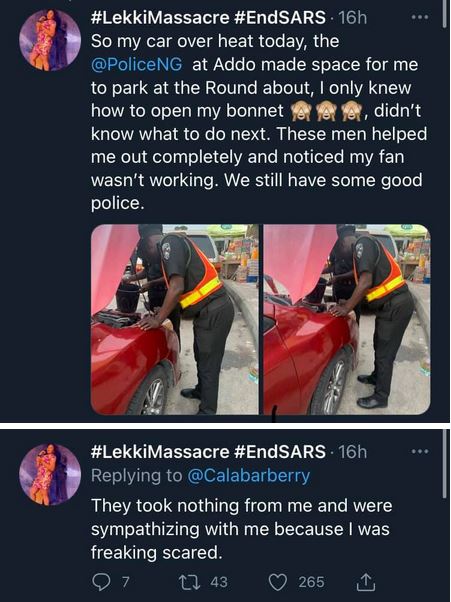