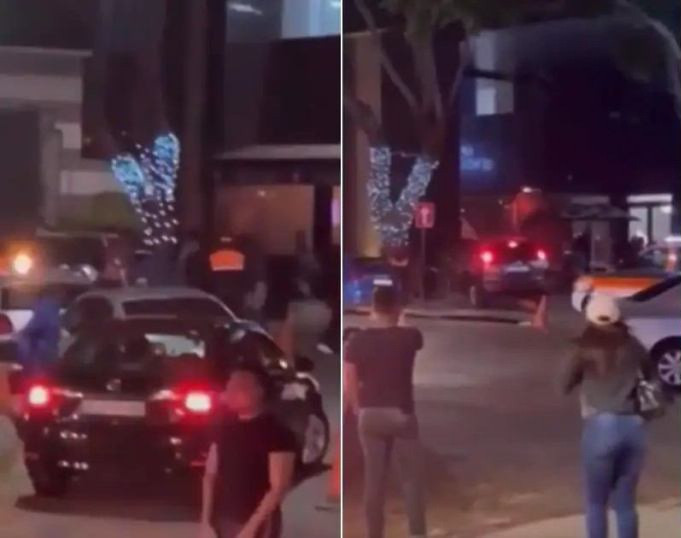 A video has shown the moment a man went on a rampage after his ex-girlfriend refused to give him audience in South Africa. The man reportedly tried to gain entrance to News Café in Rosebank, Johannesburg, to see his ex-girlfriend on Friday night, April 23.

However, he was turned back by bouncers and he didn't take this well.

He then reverses and rams into the tables and chairs again.

He drove out after multiple attempts at driving into the restaurant.

Fortunately, no one was injured but parked cars, the building’s façade, and Rosebank Management District’s vehicle were damaged. The 33-year-old man was arrested by the South African Police Services and faced charges of negligent and reckless driving in the Hillbrow Magistrate’s Court on Monday, 26 April.

Watch the video below.

This is real madness..

Relationship is not by force but by choice

I don't know why some people run mad about girlfriend. This one self, his own is worst

The man no have sense jare