Why Most GOP Senators Are Standing By Trump 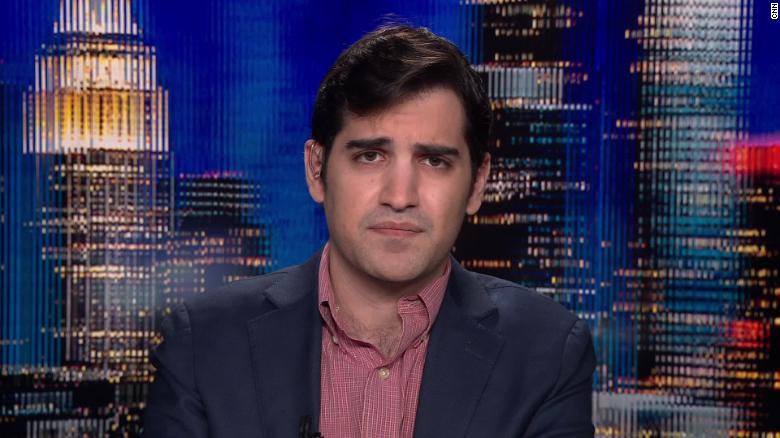 (CNN)A lot of critics of former President Donald Trump want GOP senators to "show some spine." They think the big reason they have stayed with Trump through impeachment is because they're scared of him.

There's good reason to be worried about going against Trump, given how popular he is among the Republican base. But I'd argue this explanation is at least somewhat incomplete.

A lot of GOP senators may be willing to vote with Trump because they aren't against him. They, like their voters, may really like him and his policies or believe he didn't commit an impeachable offense.

This theory is probably hard for a lot of Trump critics to take, but it does make sense. Trump retrospective approval ratings remain in the 80s with Republicans. A lot of Republican lawmakers are likely reflected in that high approval rating.

And by voting against conviction, these senators are ensuring that Trump is with the Republican Party for the foreseeable future.

Besides, if Republican senators were really worried about their future electoral ambitions, there are reasons to think many of them could survive a primary challenge even if they voted to convict.

That means there would be at least three years until the senators who don't retire would face electoral consequences for any votes against Trump.

McConnell's favorable ratings with Republicans nationwide plummeted from the 50s to the low 30s in 2017, after Trump and the Kentucky Republican tussled over their efforts to end the Affordable Care Act. After a little more than a year, McConnell's favorable ratings jumped back up into the 50s. He benefited from pushing through the confirmation of Brett Kavanaugh to the Supreme Court in 2018.

Other Republican members of Congress have shown you can repair seemingly broken relationships with Trump. Others have demonstrated that you don't need to be Trump's biggest fan to win primaries.

There are likely to be many more battles in President Joe Biden's administration. Politics isn't static. There's no guarantee that votes on impeachment will be the determinative factor in primaries well down the road.

Keep in mind that most Republican senators voted against objections to the Electoral College results in January. They did so even as their voters believe, falsely, that there was wide-scale election fraud.

Republican senators have shown a willingness to go against Trump. So the idea that they aren't willing to in this situation just because they fear him seems a little hard to swallow.

So, to me, a plausible possibility remains what I posited at the top: Maybe many GOP senators actually really like Trump or at least buy his arguments on impeachment.

Either way, Republican senators realize that Trump remains a powerful force within the party.

There is little reason to believe Trump won't try to take advantage of these numbers. He loves the limelight and the adoring crowds. Soon enough, Trump will probably be on the campaign trail.

The only lesson Trump is going to learn from this impeachment saga is that he controls the Republican Party. Republicans basically passed up their best opportunity to rid themselves of him.

GOP don't have to be afraid

Waiting you do in his impeachment

Likely be in action congrats and everything

His the right man