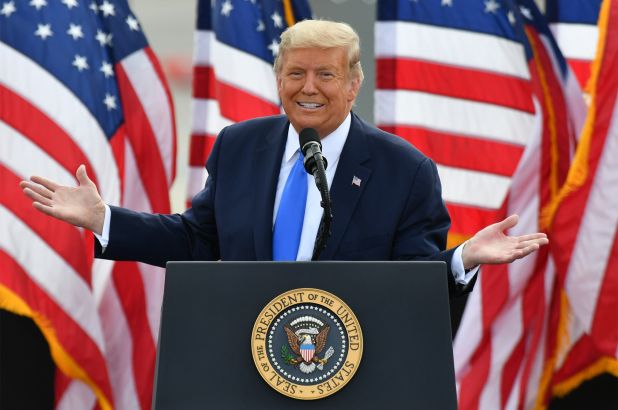 “Just got off the phone with President Trump who has approved our Major Disaster Declaration request. Grateful for his quick response,” Newsom said in a brief statement.

Neither he nor the White House gave details on why the administration shifted positions less than two days after it initially denied the state’s request for a declaration that officials said could provide the state with hundreds of millions of dollars.

The reversal came the same week the Pacific Gas and Electric utility cut off service to more than 40,000 Northern California customers to prevent powerful winds from damaging equipment and sparking wildfires amid a fall heat wave. Electricity was restored to most customers by Friday evening, PG&E said.

The utility better targeted outages this time after it was criticized in 2019 for cutting power to about 800,000 customers and leaving about 2 million people in the dark for days.

White House spokesman Judd Deere previously said California’s disaster declaration request “was not supported by the relevant data” needed for approval. He initially said Trump agreed with Federal Emergency Management Agency administrator Pete Gaynor, who said in a three-paragraph rejection letter that the damage “was not of such severity and magnitude as to be beyond the (state’s) capabilities.”

“The Governor and (GOP) Leader (Kevin) McCarthy spoke and presented a convincing case and additional on-the-ground perspective for reconsideration leading the President to approve the declaration,” Deere said in a statement after Trump’s change of heart.

A firetruck drives along state Highway 168 while battling the Creek Fire in the Shaver Lake community of Fresno County, Calif.AP

McCarthy thanked Trump in a tweet for providing “the assistance needed to rebuild and repair.”

Trump all the way

This California of a place

Trump is building his way back to the throne.

Ride on sir,we are here

Yes is what is happening

Ride on sir ,we are here.
(Quote) (Likes)
Terungwa

This is getting someone

This is so amazing

Donald Trump Blames His Lawyer, Giuliani For Impeachment, Tells Staff Not To Pay Him Read More

How to detect if your friend is a cultist Read More