Wednesday Was Name After Odin, The God Of Wisdom.See The Origin Of The Days Of The Week 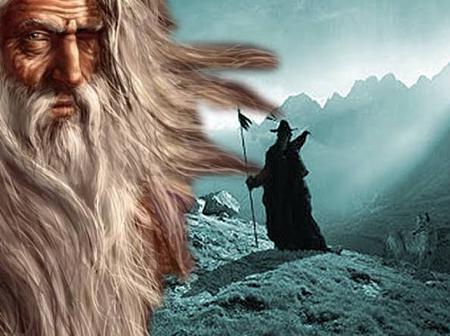 Have you ever wondered why Monday is called Monday? And how every other days in the week got their names? Yes, No; read on to get more enlightened.

The seven days week originates from the calendar of the Babylonians, modern day Iraqi people, which dated back to the 21st-century B.C. It takes the moon seven days to complete the passage of its four phases. The four phases are full, waning half, new and waxing half.

What I mean is that, it takes seven days before the moon moves from full to waning half, then another seven days to transit to new and another Seven days to move to waxing half. The Babylonian will now add one or two days to into the last week of each month to make it 30 days in a month, which is a moon full cycle.

The Romans named the days of the week after their gods and goddesses which tallys to the five known planets; Jupiter, Mercury, Saturn, Venus and Mars plus the moon and the sun.

The English interpretation of those names still has an element of Romans in it.

Sunday which is known as Sun's day has been popularly adopted by the Christians as their day of worship. This day was originally named after the goddess of the sun called "Sunna". The Latin word for Sunday is dies Solis.

Monday just like Sunday was named after another god, "Máni"; the god of the moon. He is the Sunna's brother.

Tuesday was named after Tiw, or Tyr, he was believed to be a one handed Roman warrior. He is equated with Mars, the Roman war god. Tuesdays are always tough, now I know why.

Wednesday was named after Odin, the god associated with wisdom, magic, victory and death. He is also known as Romans god of Mercury. No wonder Wednesdays are always magical for me.

You know that god that is always shown with hammer in movies, yes.

Thursday got its name from him - Thor; the hammer wielding god of thunder. He has been shown in movies to have great strength and power. He is the Roman god of Jupiter.

You remember Odin, the Wednesday god, yes, Friday was named after his wife. Some say her name is Freya while other scholars said her name is Frigg. She is the Roman goddess of Venus known for love, fertility, and beauty.

Everything about Saturday is always different, including how it got the name. It was not named after any god. The Romans decided to name it after planet Saturn.

Saturday has always been for fun and feasting since time immemorial.

If you have learnt something new in this article please don't hesitate to tell me in the comment section. Cheers!

This is not true

And why is that

This is not true wow

Origin dear is many if am to say

That's western myth. Every tribe has their story about how they came about the name of the day and months.

It may not be true

How true is this

Odin must be achieved

I don't believe it please

Of course just learnt something interesting

How true is thi

This is superstitious believe or tradition